April 26, 2018
Last time we discussed how Genesis 1 consistently uses elohim (translated "God" in English translations). Genesis 2, beginning in verse 4 and continuing throughout the chapter, introduces us to a new designation, yahweh elohim. Most English Bibles translate this as LORD God. While Genesis 2 combines these two words in reference to God, yahweh often stands alone in the Hebrew Bible. In fact, it's the title most often used for God, occurring some 6800 times.

If we understand elohim as a more generic word for God, we should think of yahweh as God's actual personal name. We don't find this out until later in the Bible when God reveals his name to Moses in Exodus 3, but the writer of Genesis 2 is well aware of God's name and chooses to use it.

The name of God is not to be taken lightly. It even gets its own commandment: "You shall not take up/lift up the name of Yahweh your God in vain, for Yahweh will not hold innocent anyone who takes up/lifts up his name in vain." In other words, don't use God's divine name in an empty, useless way that diminishes its value. Because of this commandment, Judaism has often gone to great lengths to give the divine name of God the respect that it deserves.

The picture below shows two columns from a scroll that has been dated to about 30-50 AD and includes many of the Psalms that we have in our Bible. The scribe who copied down these Psalms chose to use an older Hebrew script for the divine name which distinguished it from the rest of the text (kind of like using italics on your computer, or a different font entirely). Even if you don't know Hebrew, you can probably see the difference. I've pointed out three occurrences, but I bet you can find four or five more on your own. 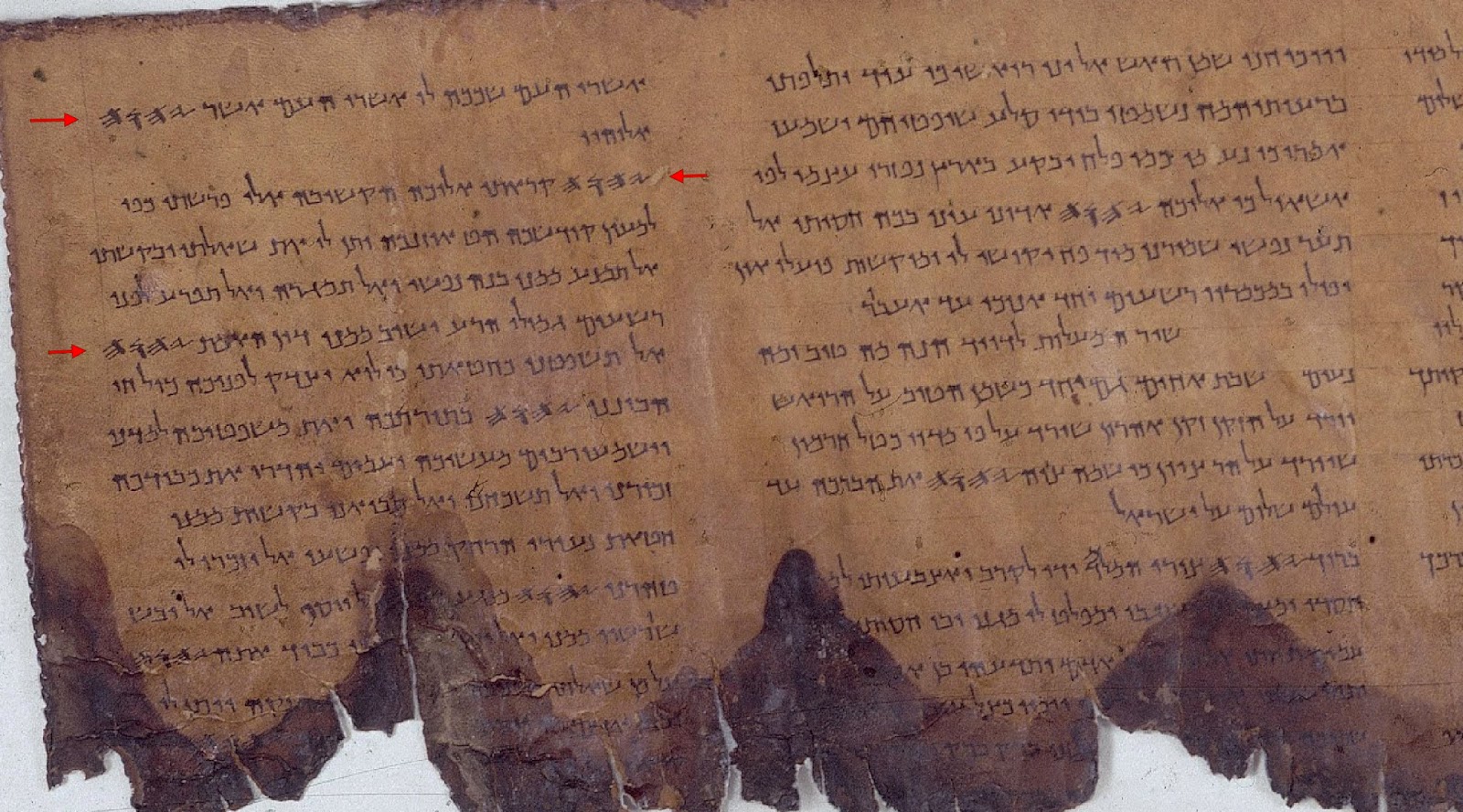 Here's another example I like, taken from a scroll of the book of Isaiah that dates to about 100 BC. This is a fun picture for a couple of reasons. We see that ancient scribes were a lot like us. If they forgot a line, they squeezed it between the lines, or even wrote it down the side. Look closely where the scribe squeezed words between the lines. See the four dots by themselves between other words? That's how this scribe chose to designate God's name. By the way, this is Isaiah 40:7. 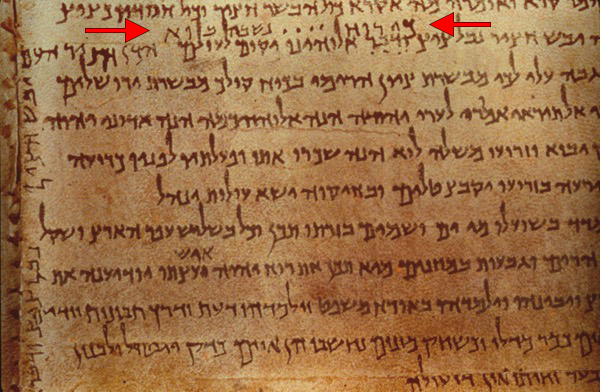 Today, the reading of the Hebrew Bible in a synagogue follows a similar practice. If the text includes the divine name, rather than say it aloud, it is substituted with adonai (which means "lord" or "master") or hashem ("the name"). This has carried over into most English translations of the Bible, which offer LORD (all uppercase) to designate that the Hebrew is actually yahweh.

Personally, I find this demonstration of respect for God's name... refreshing. I wish Christianity maintained this tradition with the same commitment that Judaism has shown. In truth, translating God's name as LORD in our English Bibles has only confused people. Many folks don't know what LORD really represents when they read it. Is this diminishing the value of God's name?

Now that we know how important God's name is, let's talk next time about what it means.