Showing posts from July, 2018
Show all

They named him laughter... kinda 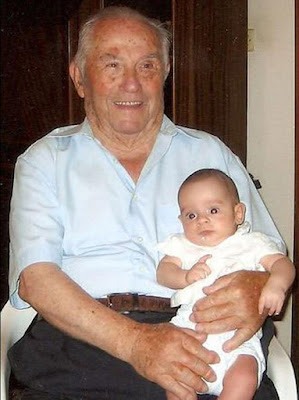 Abraham and Sarah waited a long time for a child of their own. When the little guy finally became part of their family, Abraham was at least 100 years old and Sarah was more than 90 years old. So of course, they named him Isaac. Isaac means "he laughs," and to be fair, it is kind of funny.

They'd been laughing about it for a while. Abraham laughed first, in Genesis 17:17, when God told him that his 90 year old wife was going to have a baby. It says he fell on his face and laughed. Duh. If I was Abraham, I'd laugh just to keep from crying. He's 100 years old for goodness sake.


A chapter later, in Genesis 18:12, Sarah laughed when she heard the news. Again, I don't blame her. The whole thing is terrifying.


When Isaac is born, Sarah says in Genesis 21:6, "God has made laughter for me. Anyone who hears will laugh over me." This word will follow Isaac around for the rest of his life, and not just because it's his name.

The Psalms And Popular Culture 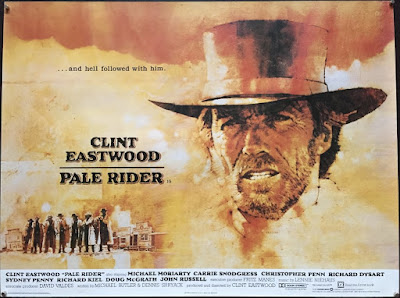 The Psalms pervade our culture. It doesn't matter what you think of God, the Bible, or the Church, it's hard to live life without running into the Psalms. There's a reason Bible publishers include the Psalms when they print those little "New Testament only" Bibles. It's as if they're thinking, "Well, if we're going to eliminate the entire Hebrew Scriptures from the Christian canon, maybe we should throw in the Psalms just so people feel better about it."

That has the potential for a tangent. I'll just move forward.

As I was saying, the Psalms are everywhere.

Attend a traditional funeral in the United States and there's a good chance you'll hear Psalm 23 ("The Lord is my shepherd...") or at least find it printed in the program for the memorial service. A long time ago, Clint Eastwood starred in a film called Pale Rider, playing a preacher who saved a town besieged by a bunch of ruffians. Check out how the movie began th…
5 comments
Read more

Again, all languages do this. Case in point, "My nose is running."

Eh? To where? And is it making good time?

There is a great Hebrew idiom found in the middle of a story about David in 1 Samuel 25. Here's a quick summary of the story:

David, the shepherd who killed Goliath, is leading a band of rebels and is considered an enemy of the current king, Saul. David and his merry men have been camping without permission on privately owned land. David sends word to the owner, Nabal (whose name means foolish, by the way), and asks for anything Nabal might be able to spare for David and his guys. It turns out David and his rebels have been protecting Nabal's shepherds from bandits …
4 comments
Read more
More posts