The Psalms And Popular Culture

July 13, 2018
The Psalms pervade our culture. It doesn't matter what you think of God, the Bible, or the Church, it's hard to live life without running into the Psalms. There's a reason Bible publishers include the Psalms when they print those little "New Testament only" Bibles. It's as if they're thinking, "Well, if we're going to eliminate the entire Hebrew Scriptures from the Christian canon, maybe we should throw in the Psalms just so people feel better about it."

That has the potential for a tangent. I'll just move forward.

As I was saying, the Psalms are everywhere.

Attend a traditional funeral in the United States and there's a good chance you'll hear Psalm 23 ("The Lord is my shepherd...") or at least find it printed in the program for the memorial service. A long time ago, Clint Eastwood starred in a film called Pale Rider, playing a preacher who saved a town besieged by a bunch of ruffians. Check out how the movie began though, with a young girl dialoging with the 23rd Psalm: Pale Rider Opening


Many of the Psalms were essentially prayers. I think if we were honest with ourselves, most of us would pray to God a bit more like this girl.

It's not just Hollywood. Sometimes modern music offers a new take on the Psalms. U2 wrote a song based on Psalm 40 and have used it to end their shows countless times over the course of their career. As the song draws to a close, the members of U2 leave the stage one by one and the crowd sings on without the band. For a moment, the drummer just soaks it in. Check it out for yourself: U2 40 live 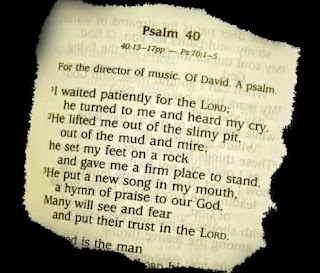 Back to the silver screen. Saving Private Ryan is a powerful film. It came out in 1998, the same year as Tom Brokaw's book The Greatest Generation. Perfect timing. If you don't know why, you should google that book title. Directed by Steven Spielberg, the film stars Tom Hanks as U.S. Army Rangers Captain John Miller, who's tasked with leading a squad in search of Private Ryan, the lone surviving brother of four soldiers. 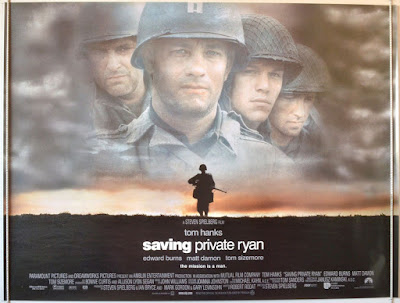 Included in the squad is Private Daniel Jackson. He's a sniper, and a good one. Private Jackson is familiar with the Psalms. More than familiar, he finds confidence in them. There are three scenes in the film which focus on Private Jackson as sniper, and in all three he quotes the Psalms (King James Version) in the heat of combat.

On Omaha Beach, Jackson quotes Psalm 22:19 with German machine gunners in his sights: "Be not Thou far from me, oh LORD. Oh my strength, haste Thee to help me."

Later in the film, Jackson tries to find a German sniper while quoting Psalm 25:2, "Oh my God, I trust in Thee. Let me not be ashamed. Let not my enemies triumph over me." He soon completes a successful kill, directly through the enemy's sniper scope.

In Private Jackson's final scene, he kills a number of German soldiers from a high tower above, quoting Psalm 144:1-2, "Blessed be the LORD my strength, which teacheth my hands to war and my hands to fight. My goodness and my fortress, my high tower and my deliverer, my shield, and he in whom I trust..." Jackson never finishes this quote, as his tower is fired upon by a German tank.

Like I said, the Psalms are everywhere. These are just a few examples. I could list many more, and maybe you thought of a few. I'd love to hear about them. Tell me about some you thought of in the comments section.