When I think about you, my bowels are refreshed.

August 06, 2018
Splagchnon (pronounced something like splongkh-non) is my favorite word in the Greek New Testament. It doesn't show up much, but it's still my favorite. Splagchnon is a body part that often metaphorically represented the seat of emotions for Greek-speaking people. Kind of like heart for us. Only it wasn't the heart for Greek speakers. It was the entrails. Yep. I promise I'm not making this stuff up.

Think about how that would change emojis on our smart phones. 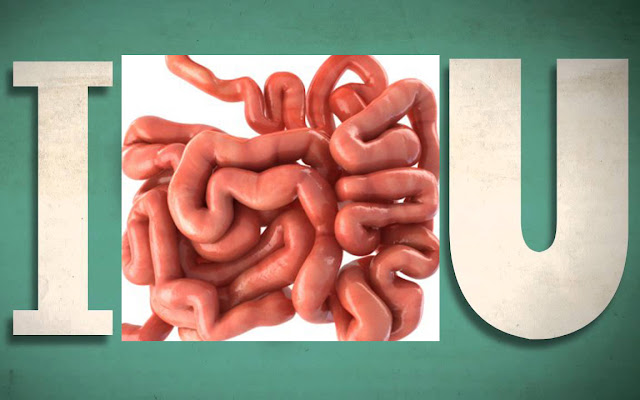 Splagchnon shows up in Acts 1:18 when Luke describes the death of Judas. He says that Judas burst open in the middle and all of his splagchnon spilled out. Ewww. The NIV says all his intestines spilled out. The NRSV says bowels. So gross. I love it. I remember watching George A. Romero's Day Of The Dead when I was a teenager. Whenever I read Acts 1:18 I think of this scene from the film. (You probably don't want to click that.)

When splagchnon shows up in the New Testament, it's often translated "heart," "compassion," "tender mercies," or something of that nature because it's not intended for a literal, physical context (except for Acts 1:18, which is talking about Judas's actual guts). Kind of like a tree carving with a heart and arrow, and the words "Jack + Diane." Except Greek speakers would have carved bowels.

Splagchnon shows up 11 times in the New Testament, and three of the occurrences are in Philemon, a tiny little one page letter that Paul wrote. Paul is trying to convince Philemon to welcome home a servant that ran away. The servant went to Paul when he ran away, and had proven very helpful in Paul's ministry while they were together, but Paul sent him back to Philemon because Philemon was the rightful "owner" of the servant.

OK, let's pause for a moment.

Slavery is entirely inhumane. And slavery in the Bible only adds more baggage to the history of Christianity. Anyone who says otherwise is not being honest with themselves or with others. But (and I hate using that word here, cause it sounds like I'm about to make an excuse), the truth is, on this occasion in Philemon, the concept of slavery is very different from a Western understanding. If you were a servant in the 1st century Roman Empire, it usually meant one of two things: 1) you were a prisoner of war, or 2) you couldn't pay your debts. Slavery in the 1st century Roman Empire wasn't about filling ships with captives from a foreign land for the purpose of free labor.

Alright, now back to splagchnon.

Knowing that Philemon might not exactly receive his servant back with open arms of forgiveness, Paul spends his letter trying to convince Philemon to do just that.

He begins by schmoozing Philemon. In verse 7, Paul says he has received encouragement and joy from Philemon's love in the past, and tells him that the "hearts" (splagchnon) of the saints have been refreshed by his brother Philemon. Yep, Paul begins by telling Philemon what a great friend he's been to a whole mess of people. Good job, Paul. Soften him up a bit.

Then, in verses 10-13, Paul explains that Philemon's servant has been helpful to Paul in ministry. In the midst of it, he brings up the word splagchnon again. Paul tells Philemon that he is sending the servant, Paul's very "heart" (splagchnon), back to Philemon.

But wait, Paul isn't done with this word. In verse 20, after asking Philemon to welcome his servant back, Paul essentially says, "Please make this happen," and that if Philemon makes it happen it will refresh Paul's "heart" (splagchnon).

Funny thing. The King James Version takes a very literal approach to the word splagchnon. Nine of the eleven times it shows up in the New Testament, the KJV translates it as bowels. Even here in Philemon. Let's try it with my paraphrase, just for fun: