My Favorite Cannibal Story In The Bible 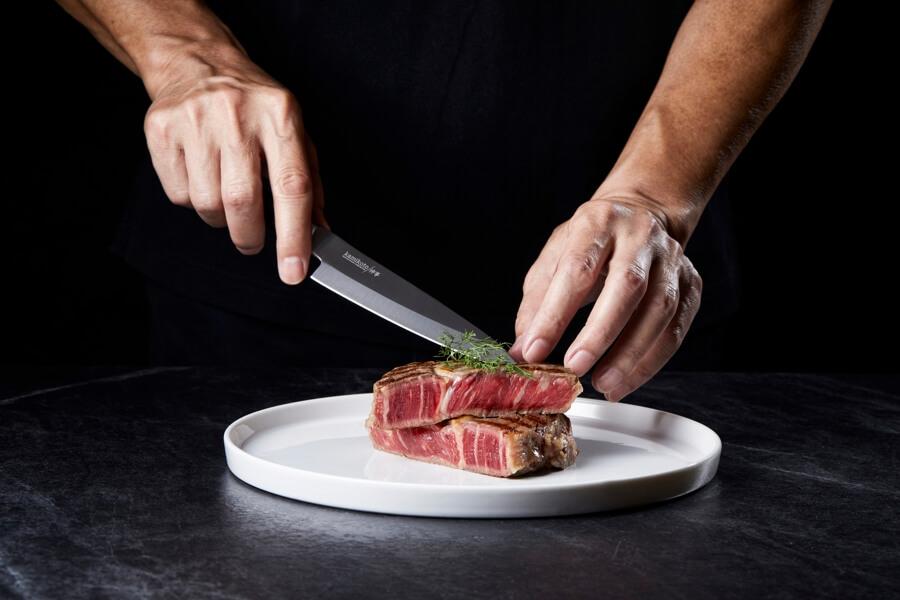 In John 6, Jesus told a group of folks:


I tell you the truth, unless you eat the flesh of the Son of Man and drink his blood, you cannot have eternal life within you. But anyone who eats my flesh and drinks my blood has eternal life, and I will raise that person at the last day. For my flesh is true food, and my blood is true drink. Anyone who eats my flesh and drinks my blood remains in me, and I in him. I live because of the living Father who sent me;
in the same way, anyone who feeds on me will live because of me.
(John 6:53-57, New Living Translation)

I suspect many church folks are accustomed to hearing this verse. Unfortunately, growing so comfortable with passages from the Bible often means we really don't hear them anymore. What if you read the Bible like you'd never read it before? What if you listened to teachings about the Bible like it was all brand new? How would this passage sound to you? Let me paraphrase, and see if that makes my point:

"Then Jesus said, 'If you want to live forever, eat my flesh. Oh and one more thing....Drink my blood. My flesh is real food. My blood is true drink. If you eat me and drink me, you'll be part of me and I'll be part of you. Feed on me, and live.'"

Folks generally connect these words to the last supper, when Jesus took bread and told his followers, "Take. Eat. This is my body," and to drink from the cup he gave them, saying, "This is my blood." Of course, that happens way after John 6. In fact, it doesn't happen in John at all. You have to go to Matthew 26, Mark 14, Luke 22, and 1 Corinthians 11 to find this story. Because we find it so easy to connect these words to the last supper, it's easy for us to miss just how misunderstood and perhaps offensive his words might be to his audience at the time.

John 6:52 even tells us this was the case. The Jews who were listening to Jesus fought with one another about what he meant, saying, "How can this man give us his flesh to eat?" Is it really hard to imagine that they took the repeated interplay of eating flesh and drinking blood to have cannibalistic overtones? Wouldn't you? In writings dating to around 250 AD, an early leader in the church by the name of Origen even alludes to Jewish charges that Christians ate human flesh.

Shortly before the time of Jesus, the cult of Dionysus was a pagan cult that had gained popularity throughout the Roman world. The cult had some interesting rituals, like drinking wine to the point of physical intoxication and calling it worship. They also took part in a feast. Well that's a little more normal. I like a feast. Unfortunately, this was a feast of raw flesh that originally involved tearing apart a living human being to eat his still quivering flesh. Only later did they switch from humans to animals.  When the worshipers took part in this ritual, they believed they were in direct communion with the god Dionysus because the god was temporarily in the victim. He was the flesh and the blood, and they were united with him while partaking. So you can see why people might be a little hesitant when Jesus started talking about eating his flesh and drinking his blood.

Sometimes even today I think the Church can be a bit presumptuous about its rituals. It can take for granted that everyone knows what's going on and understands the "lingo." I suspect that's a big reason why most churches don't take communion much anymore. It's just too hard to explain.

NOTE: The stuff about the cult of Dionysus came from a book by David Fiensy called New Testament Introduction. See pages 184-185.