My Favorite Zombie Story In The Bible 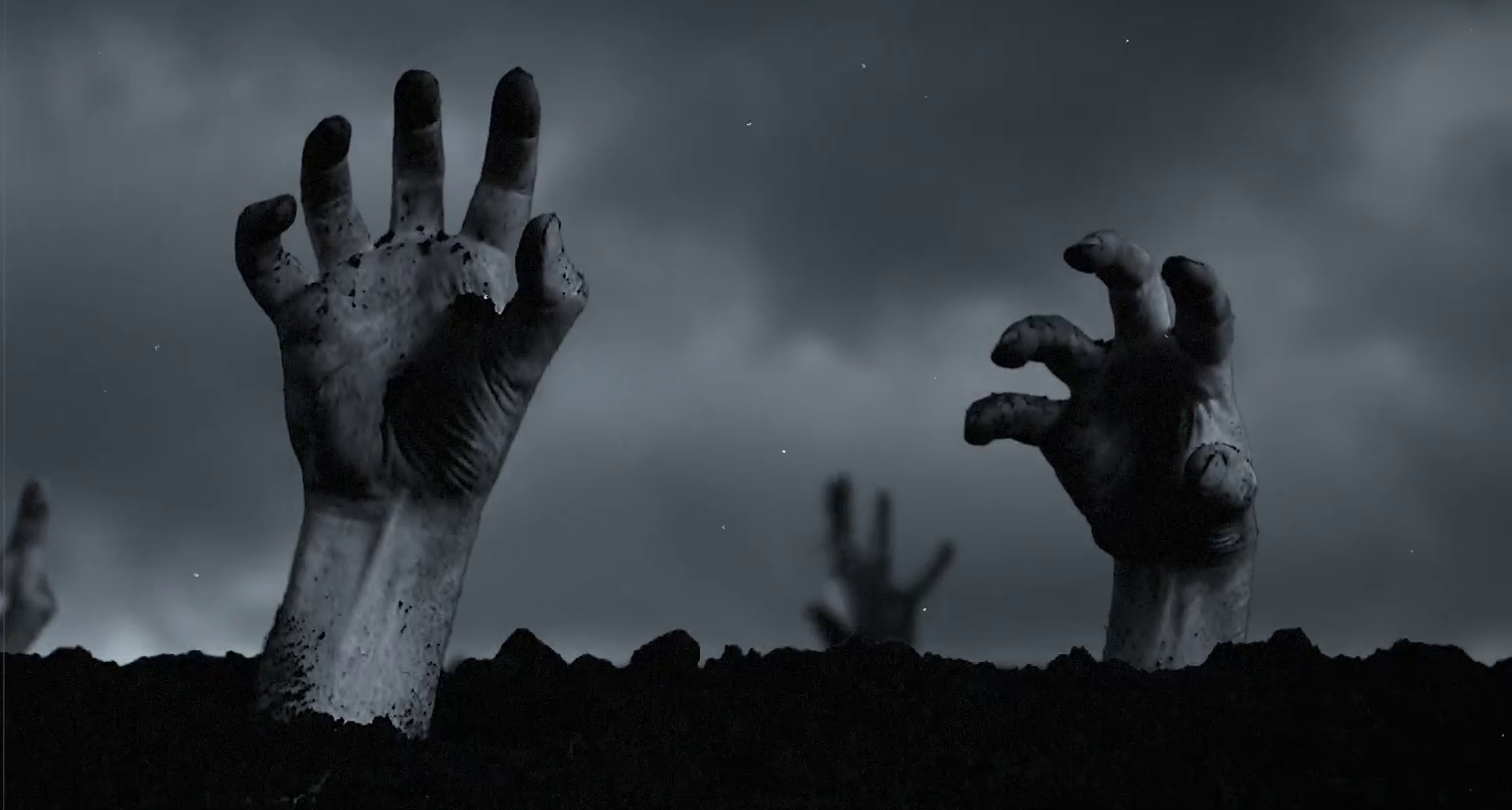 No, it's not Lazarus.

Or Jesus, either, so don't worry, I won't be referring to Jesus as a zombie. I do, however, want to talk about some of the events at his death.

Matthew's account of the death of Jesus in Matthew 27:45-54 shares several spooky details. First, while Jesus is on the cross and still alive, Matthew says that darkness came over the whole land from about noon to three in the afternoon. That's not good. Darkness is never good. Ask Dr. Who.

Then, immediately after Jesus breathes his last, a curtain inside the temple of God was torn in two from top to bottom. Hebrews, another book in the New Testament, has led folks to understand this as symbolism for the death of Jesus making a way for us to draw near to God. It's interesting to me that Matthew offers no such commentary. He prefers to let the event stand on its own. It's a powerful image. I think for Matthew, power is more important than symbolism.

The display of power continues. Matthew tells us the earth shook and rocks were split from the force of the earthquake. Matthew likes earthquakes. He's the only gospel writer who mentions them three times. In Matthew 24:5-8, Jesus tells his followers what to look for before his return. He tells them there will be wars and rumors of wars. Nations and kingdoms will do battle against one another, and there will be famines and earthquakes. Then later, after the death of Jesus, Matthew 28:2 says there was an earthquake when an angel rolled back the stone from the tomb of Jesus.

What comes next is my favorite part of the story. Tombs were opened, perhaps from the earthquake, and "many bodies of the saints who had fallen asleep were raised" (Matthew 27:52, NRSV).

The next verse says, "After his resurrection they came out of the tombs and entered the holy city and appeared to many."

Who were these "saints?"

So from the time of the death of Jesus until his resurrection these risen saints just stayed in their open tombs? There was no Netflix or Instagram. How did they manage?

How did the people in Jerusalem (the holy city) respond when The Walking Dead started making appearances?

And what was the condition of The Walking Dead for said appearances? Were they whole? Or maybe just a little... rotted? They'd been in the ground, for goodness' sake! For a while! They certainly weren't in great shape, right?

Also, does this mean they had to die a second time? Cause that sucks.

I'm sure many people have already answered these questions in a way that brings them peace and joy and hope for their heavenly reward. God bless you.

Matthew doesn't care about my questions. Matthew cares about the power displayed in the death of Jesus. For Matthew, there was such power in Jesus that when he died, the life that left him brought life to those already dead.