November 22, 2018
Jonah is a funny little book in the Hebrew Bible. Only four chapters long, but a wealth of material. In a nutshell, it's the story of a Hebrew prophet, Jonah, who repeatedly lets God down in these four chapters. Meanwhile all the people who come into the story not even knowing who the God of Israel is all act in the manner we hope Jonah would. I think this story is a good one to remember on Thanksgiving, a day we're thankful for all we have. Family, blessings, provisions, three NFL football games, a ridiculous amount of college basketball games, leftovers for weeks, diverse political opinions together in a limited space, relatives lacking the most basic social skills and manners... Gee. Thanks for providing, God. 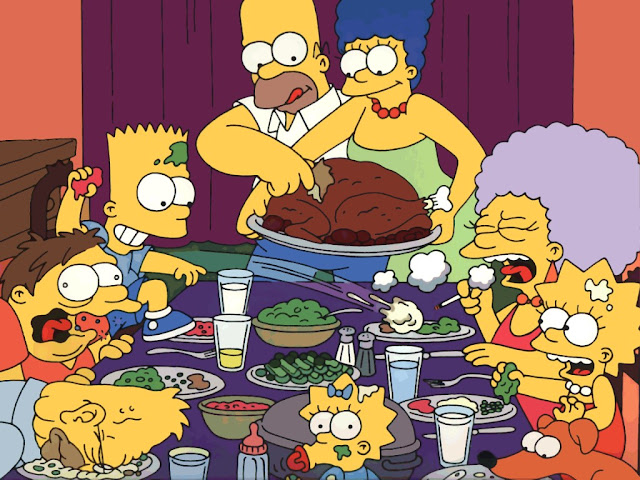 God provides in the book of Jonah. But not in the way we might expect.

The book begins with God telling Jonah, "Hey you know those Ninevite folks kinda nearby? I've heard some bad things. Go tell them to straighten up and fly right." (My paraphrase. Let's call it the WGIV.)

Jonah had no interest in this and actually went the opposite direction, boarding a ship for Tarshish. When a storm hits, Jonah eventually finds himself cast overboard by the crew (his idea). It is at this moment, when Jonah is treading water in an endless sea, that God provides.

In Jonah 1:17, God provides a fish to swallow Jonah, and Jonah made himself at home in the belly of the fish for three days and nights.

Yeah, I don't know how that worked, but let's focus on God providing for now. More on that later.

I remember thinking as a kid that when Jonah prayed in Jonah 2 he was praying that God would get him out of that fish. That's not the case at all. Jonah 2 is a prayer of thanksgiving. Jonah is relaying to God how he was near death, being pulled into the depths of the deep, when God heard his cries and saved him. He was thankful that God had "provided." I do wonder, though, if he was still as thankful when the fish puked him out onto dry land (Jonah 2:10).

To be fair, it's a better option than the other exit strategy.

The narrator picks up in chapter 3, and you can almost hear the sarcasm as the instructions are given again for Jonah to go to Nineveh: "Then the word of YHWH came to Jonah... a second time." As if to say, "How 'bout now, Jonah? You think we can cut the crap this time and do this thing?"

Jonah goes to Nineveh and delivers a succinct message: "In 40 days, Nineveh will be overthrown" (Jonah 3:4). In Hebrew, it's just five words. That's it. No "straighten up and fly right" stuff. Nevertheless, the people straighten up and fly right through repenting, fasting, mourning, all in the hopes that God will change his mind. And that's exactly what happens at the end of chapter 3.

This does not make Jonah happy. At all. Jonah would prefer that God treat Jonah's enemies the way that Jonah wants to treat his enemies, and in Jonah 4, Jonah lets God know it. God doesn't say much, mostly just listening. After yelling at God for a while, Jonah heads east of the city and sets up camp, waiting to see "what would become of the city" (Jonah 4:5).

Is he pouting? Is he sticking around to see if the people of Nineveh were authentic in their repentance? Or is he maybe just holding out a little hope that God will still go all Sodom and Gomorrah on them? I can just picture him sitting in his lawn chair, waiting for the fireworks to begin.


Then God "provides" again in Jonah 4:6. Not fire from heaven, but a plant that grew up over the shelter Jonah had built for himself, offering Jonah a little more protection from the sun. And Jonah was happy about it. "Ahhh isn't that nice? I wonder if the show will begin soon?"

That's not in the Bible, but Jonah 4:6 does say he was happy about the plant.

The next day, God "provides" again in Jonah 4:7. He "provides" a plant-eating worm that, well, does exactly that. Then, in Jonah 4:8, after Jonah's shade tree is gone, God "provides" a scorching wind out of the east that windburns his head and Jonah is not happy about it. He cries out (for the second time in Jonah 4), "It is better for me to die than to live." Kind of like my earlier thought, "Gee. Thanks for providing, God."

Then God decides it's time to speak, and this time Jonah doesn't say much. God reminds Jonah that Jonah is losing his mind over the loss of a plant that he had nothing to do with growing, and that was here one day and gone the next. Then God drives home his point with the final verse of the book: "Shouldn't I care for a city filled with my creation?" That's it. We never hear how Jonah responded or if he responded at all. I like to imagine there's a Jonah 4:12: "So endeth the lesson."

God has made his point, and that's what the author wants the readers to remember.

In all four occurrences, the NIV translates the Hebrew word as "provided" (Jonah 1:17, 4:6, 4:7, 4:8). Not all translations do this, which I think is unfortunate, because then we miss the author's repetition. The NRSV uses "provided," "appointed," "prepared," and "prepared," respectively. It's the exact same word every time in Hebrew. The author wants us to know that God provided all of these things, and these "provisions" guide us to the book of Jonah's powerful conclusion.

Some people think the book of Jonah is intended to be kind of a parable and we were never meant to focus on the historical value of it. Others are less inclined to approach Jonah that way, mostly because Jesus seems to understand the story as historical. The truth is, the primary message of the book of Jonah does not change either way. The author wants readers to know that the God of Israel is not the God of Israel only. He cares for all creation, including the people of Nineveh and that disagreeable uncle you have to sit across the table from today.