Holy, holy, hol... Wait. How many holies were there again? 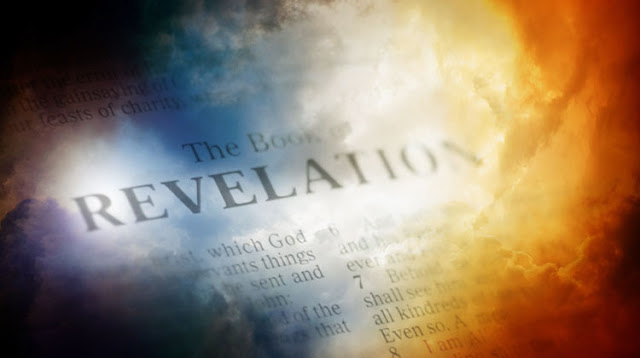 In Revelation 4, a man named John describes for his readers a vision he was given of the throne room of God.

When you read Revelation 4, you should also read Isaiah 6. It's also a throne room vision, but written some 800 years earlier. We'll come back to that a little later in this post.

Anyway, back to the throne room. On each side of the throne room are these things that John calls "four living creatures." One is like a lion, one like an ox, one like a flying eagle, and one has the face of a human. That's not all. All four of them are covered in eyes.

Remember Pan's Labyrinth? The one dude who had a single eyeball located in each of the palms of his hands? I thought he was scary. That guy was nothing.


John says the four living creatures were "full of eyes in front and behind" (4:6) and "full of eyes all around and inside" (4:8). Remember... symbolic imagery. All-seeing. Nothing is hidden from his sight, because like your mom, these guys have eyes in the back of their head.

At the end of Revelation 4:8, John tells us that the four living creatures sing day and night to the one on the throne without ever stopping. They sing:


Holy, holy, holy,
Lord God Almighty,
who was, and is, and is to come.

The next time you think the songs at church are too repetitive, just be glad you're not one of these poor guys. Alas, that's not the point of this post.

You may not know this, but there are a lot of ancient manuscript copies of the different books of the New Testament. I mean, A LOT. Thousands. And because they were copied by human hands, they aren't all exactly the same.

Don't get me wrong, there's not some copy of the gospel of Matthew out there somewhere that says Jesus had 7 wives and 19 children. Nothing like that. Anyone who suggests such a thing is either misinformed or vindictive.

In 1929, a man named H.C. Hoskier wrote a real page-turner of a book entitled Concerning the Text of the Apocalypse: Collations of All Existing Available Greek Documents with the Standard Text of Stephen's Third Edition, Together with the Testimony of Versions, Commentaries and Fathers, a Complete Conspectus of All Authorities.

Seriously, I can't make this stuff up. Here's the title page.

In this book, Hoskier set out to collate all the ancient copies of Revelation he could get his hands on. He analyzed them. He noted spelling differences. Word order differences. Anything he could find. And he found some fun things when he got to Revelation 4:8.

A few manuscripts of Revelation only had "holy, holy." Did someone think the Lord God Almighty was only worthy of two holies? No, probably not. Somewhere, some poor scribe grew tired or distracted and forgot a holy. No big deal.

Remember how I told you Isaiah 6 is a throne room vision like Revelation 4? Isaiah 6 also includes a three-fold repetition of "holy, holy, holy," but in one ancient copy, dating to around 125 BC, the Hebrew scribe left out one of the holies. Below is a crummy black and white pic of the Isaiah 6 section, but you can still get the idea.

In his collations, Hoskier discovered some things way more interesting than a sleepy scribe leaving out a holy. He found some old copies of Revelation that had four holies. Now that's interesting. What's going on here? I like to think that the scribes said to themselves, "Three holies is good, but four holies... even better!"

You can guess where this is going.

Hoskier noted some copies that had six holies! Of course! Two sets of three! Super holy!

But wait! Some manuscripts had seven! Why not? It's kind of an important number in the Bible.

Some manuscripts had eight holies. Honestly, I don't know why. That just doesn't make sense. If you're going to do eight, why not do nine? What could be better than three sets of three holies?

In fact, Hoskier listed some 80 copies of Revelation that did just that. Nine holies! Can you imagine?

Finally, Hoskier noted that he found one copy of Revelation with 13 holies. I don't even know what to think of that.

I find this sort of thing kind of funny. The very idea of scribes long ago trying to over-compliment God or maybe one-up a competing scribe. As I looked over Hoskier's notes, I was really hoping for a manuscript that had 27 holies. What could be more trinitarian than 33?

Of course there are many more ancient copies of Revelation, and the vast majority of them include three holies in Revelation 4:8. No one doubts that three was the intended amount of the original author. All these "variants" are just fun to share.

FYI, you can find Hoskier's book online. Check out page 950 for the information I've talked about here, but most of it is in Greek or Latin.